It’s that time of year again.  Despite your best efforts at some point everyone gets hit with a winter cold.  When I was a kid that meant my mom pulled out the Vicks Vapor Rub and the humidifier. At my house 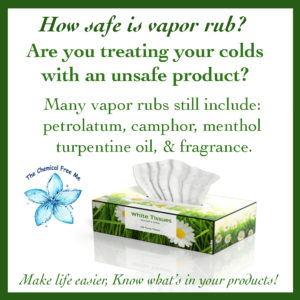 things are a little different-and safer.

We take out the essential oil diffuser  (more on the benefits of those soon) and diffuse a blend of essential oils to help with congestion. Why the change? Most vapor rubs contain some pretty toxic ingredients that I do not want on my children.

Topping the list is Camphor. Camphor is known to cause seizures and be poisonous in larger quantities.  (You should be aware that white camphor essential oil is not considered the same). There is an FDA maximum amount allowed in products-but should it be there at all?

Next up: Turpentine oil. Although it is considered a “natural ingredient” it is no less harmful than other artificial solvents. The vapor of turpentine oil can damage the lungs, and respiratory system as well as burn the skin and eyes. If ingested it may cause renal failure.

Menthol: The issue with menthol is that it does not actually break up mucus or clear airways. However, the smell does trick your brain into thinking you are less congested. 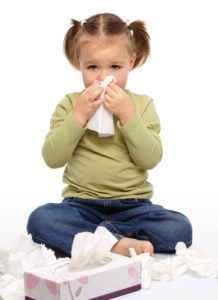 Another problematic ingredient: Petrolatum. Petrolatum is a mineral oil. It is not a sustainable product, but environment aside it has no place in being used on the skin.  Mineral oil creates a barrier on the skin that can lock in bacteria and toxins causing them to build up and leading to skin irritation.

Fragrance is also a concern

Fragrance is almost always included as well. Those who read our blog have learned that one word may contain any number of over 3,000 ingredients. Most of those have never been tested for safety and many are toxic. According to the EWG safety data high concerns included with these two ingredients include Organ toxicity, cancer, skin irritation, eye and lung irritation and endocrine disruption.  This seems like a poor trade off in treating a cold.

My youngest was prone to croup as a toddler and we were sent off with a nebulizer and spent a few nights in the ER. I needed a better plan. Since creating our congestion rub, and the addition of our diffusers, I am happy to report the nebulizer has been in the closet collecting dust for almost 3 years and we have not had an ER visit in the same amount of time.  This speaks volumes since children with Down Syndrome are especially known for respiratory difficulties. 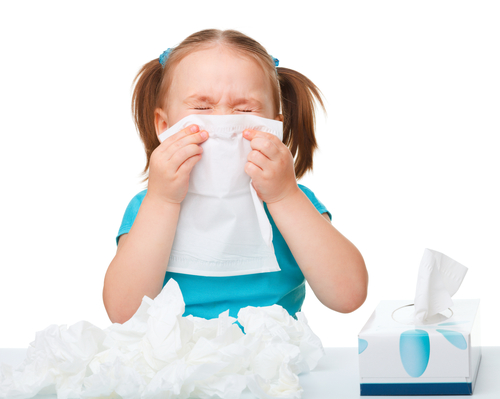